- ROTTERDAM, Netherlands, Jan. 22, 2021 /PRNewswire/ -- Today, five Nobel Laureates and more than 3,000 scientists from over 100 countries signed up to the "Groningen Science Declaration" calling on world leaders, decision-makers and investors, to change the way we understand, plan and invest for a changing climate to ensure we limit future damage. The signing took place ahead of the virtual Climate Adaptation Summit (CAS 2021) on 25th-26th January. The statement, initiated by Patrick Verkooijen, CEO of Global Center on Adaptation (GCA), is released as figures from the first "GCA State and Trends in Adaptation 2020" report show that climate adaptation is likely to have suffered a single-digit percentage fall in 2020 and that global climate adaptation funding needs to increase ten-fold, to US$300 billion a year, to meet estimates of what is needed to respond to escalating climate risks. In the Groningen Science Declaration the scientists state that "our failure to adapt and mitigate Covid-19 parallels the disruption to come if we do not act immediately to mitigate and adapt our world in response to our changing climate [….] unless we step up and adapt now the results will be increasing poverty, water shortages, agricultural losses and soaring levels of migration with an enormous toll on human life." Ban Ki-moon, 8th Secretary General of the United Nations and Chair of the Global Center on Adaptation, speaking during the launch said: "Even if mitigation targets outlined in the Paris Agreement are reached, it still won't be enough. Climate change is already happening and so we must adapt to its impacts. The Groningen Scientific Declaration makes it clear that we, as humans, have caused climate change and so we must accelerate adaptation to ensure we can all live in a sustainable and resilient world that leaves no-one behind." Patrick Verkooijen, CEO of the Global Center on Adaptation said:"As a result of the pandemic we are facing interlinked health, economic and climate crises. We must implement interventions to support a resilient recovery and we must act now before climate change accelerates beyond the capabilities of nature and humans to adapt. The science community, in signing this declaration, know the stakes could not be higher." Dr. Tawakkol Karman, Nobel Peace Prize 2011 said:"Our climate emergency poses the severest threat to peace and security. As extreme weather events continue to accelerate and sea levels rise, people have to compete over scarce resources and deal with the accelerated degradation of the environment around them. If we don't act and adapt and soon, we will inevitably see greater instability, conflict and increased migration." Professor Sir Christopher Pissarides, The Sveriges Riksbank Prize in Economic Sciences in Memory of Alfred Nobel 2010 said:"The Covid-19 crisis has devastated our economies but it will soon be history; the climate-related disasters that are occurring with increasing frequency will only get worse, if we don't do anything about it. Our economies are as vulnerable to them as they were to Covid-19. We need to improve the way we manage such disasters and take steps to reduce them. Investments in sustainability should be given priority: they should, and usually do, give higher returns in the longer term. We need to focus on inclusive green job creation,  to help families in need and prepare ourselves better for the future. It is of paramount importance that governments, through their Covid-19 recovery packages, invest in climate adaptation and resilience against multiple shocks, focused on green job creation and long-term sustainable growth." Professor Brian Schmidt, Nobel Prize in Physics 2011 said:"COVID-19 has shown just how brittle our environment is – that our world and way of life can be upended so fundamentally and so quickly. But the pandemic has also shown governments all across the world can listen to science and expert advice, to protect their people and their societies. They are doing the same with the science of climate change. Now is the time to invest in and drive the innovative climate solutions we already have at our disposal to create new jobs, to stimulate our economies, to develop the industries and products of tomorrow, while at the same time building a climate resilient, a climate smart and a climate just future." Professor Donna Strickland, Nobel Prize in Physics 2018 said:"I believe that climate change adaptation requires the depth and breadth of expertise best achieved through interdisciplinary collaborations and engagement with policy-makers. Working with the Optical Society, together we have communicated to those in public policy the vital role optics can play in measuring the effects of climate change and the effectiveness of remediation efforts. If scientists and engineers worked together on developing innovative sensor technologies with the support of governments, the resulting innovation could be a milestone achievement in addressing climate change."  Prof Hoesung Lee, Chair of the Intergovernmental Panel on Climate Change (IPCC) also present at the virtual launch event said:"The climate is already changing, and we will have to adapt to address the further global warming that is coming because of past emissions of greenhouse gases. But we must also understand that there are limits to adaptation, and the more we can limit future warming the greater the scope for successful adaptation measures." Professor Jouke de Vries, President of the University of Groningen said:"Our University and the city of Groningen are proud to host the Science Declaration and the launch event with Nobel Laureates and other distinguished guests. Our professors, researchers, educators and students work tirelessly with national and international partners towards the local, regional and global Green Transition. It is clear that mitigation of climate change goes hand-in-hand with adaptation, and our research and Master Degree programs reflect this, with a focus on human health, behavioural sciences, climate law and clean energy." Prof. Joseph Stiglitz, The Sveriges Riksbank Prize in Economic Sciences in Memory of Alfred Nobel 2001 also signed the Groningen Science Declaration during the virtual launch. ContactAlexandra GeeGlobal Center on AdaptationAlex.gee@gca.org+447887 804594 Logo - https://mma.prnewswire.com/media/1044191/GCA_Logo.jpg 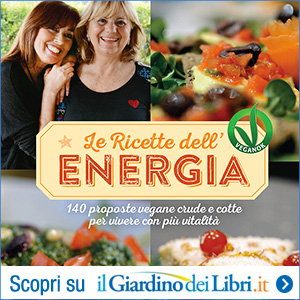